Some APA 7 changes include:

Unlike APA (6th edition), a running head is not a requirement for student papers formatted in APA (7th edition) unless otherwise specified in the writing instructions. As such, students formatting their papers in APA 7 only need to insert page numbers flush right in the page headers of all pages in their papers. However, professional papers must include running heads and page numbers on all the pages. Running heads are written on the top left side of the paper. Page numbers appear on the top right. Unlike its predecessor, APA 7 does not require the label “Running head:” before the running head on a paper’s title page. This is one of the main APA 7 changes.

Unlike its predecessor (APA 6), which recommends the use of a serif typeface (e.g., Times New Roman), with a preferred font size of 12 throughout the text of a paper (with only a few exceptions to this rule), APA 7 recommends the use of fonts that are legible and widely available. The recommended fonts are approximately six in number. Authors commonly use Twelve-point Times New Roman, 11-point Arial, and 11-point Calibri.

The Formatting In-Text Citations section of our APA 7 guide has detailed information on the APA 7 author-date citation system.

Number of Authors in a Reference Entry

In an APA 6 paper, writers should limit themselves to only seven authors in a reference entry. When an entry has between three and seven authors, all the last author names and initials should be listed. The ampersand symbol (&) precedes the last author’s name.

When the authors exceed seven in APA 6 in a reference list entry, the first six authors’ last names and initials, as well as the final author’s last name and initials, are written. Therefore, the total number of authors is seven. An ellipsis replaces the author names left out intentionally. A comma sets apart one author from another. Additionally, the ampersand symbol (&) does NOT precede the last author’s name.

A departure from APA 6, APA 7 allows for up to 20 author names. In APA 7, for three to 20 authors, list the authors by their surnames and initials. Commas demarcate authors. The ampersand character (&) precedes the name of the last author.

Unlike in APA 6, the text “Retrieved from” does not precede the uniform resource locator (URL) of an APA 7 webpage reference.

However, archived information does NOT include the retrieval date:

It is  no longer a requirement to include the publisher locations for books or book chapters in your references.

Below is an APA 6 example:

Location is a combination of two elements, separated by a comma:

In the above example, New York is a city in a US state with the same name (New York). Its two-letter state code is NY.

Additionally, if a book has multiple publishers, Example 24 in Chapter 10 of the APA 7 Publication Manual explains how to format the publishers (Adams, 2019).

Direct object identifiers (DOIs) are presented as hyperlinks. DOIs take the same format as uniform resource locators (URLs) and are no longer preceded by the ‘‘doi:’’ label.

The same format is used for print versions of books and eBooks. APA 6 required writers to include formats or devices (e.g., Kindle) when writing eBook reference entries. This is no longer a requirement in APA 7, making it one of the notable APA 7 changes. Writers should also  include the publisher(s) in the reference entry for both books and eBooks.

A running head is not a requirement in an APA 7 paper. As such, the title page, like the rest of the paper, should not have a running head unless under special instructions to include it. However, an APA 6 paper requires a running head.

Another change in APA 7 is that the title page requires the paper’s title, followed by the author(s)’ names. You should leave a blank (double-spaced, much like the rest of the essay) line between the paper’s title and the author(s) names. Next is the department affiliation and university affiliation, course number and course name, the instructor’s name, and the date the assignment is due for submission. Write these elements in separate lines.

You are asking yourself how to format dates in your essay? It is important to note that the date format depends on a country’s preference. The preferred date formats are Month Date, Year (e.g., January 12, 2022), or Date Month Year (e.g., 12 January 2022).

The date format discussed above applies to dates written on the title page or text of an APA 7 paper. The format is different when writing publication dates for reference entries used in an APA 7 paper.

Here is a recap of what to include in an APA 7 paper’s title page: 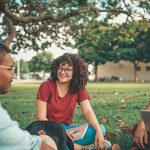 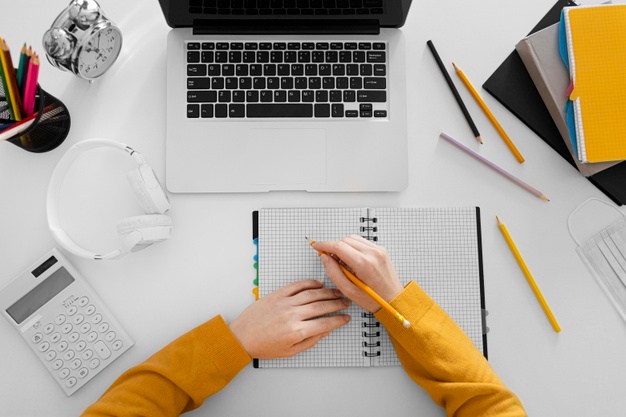 Keep all of your citations in one safe place